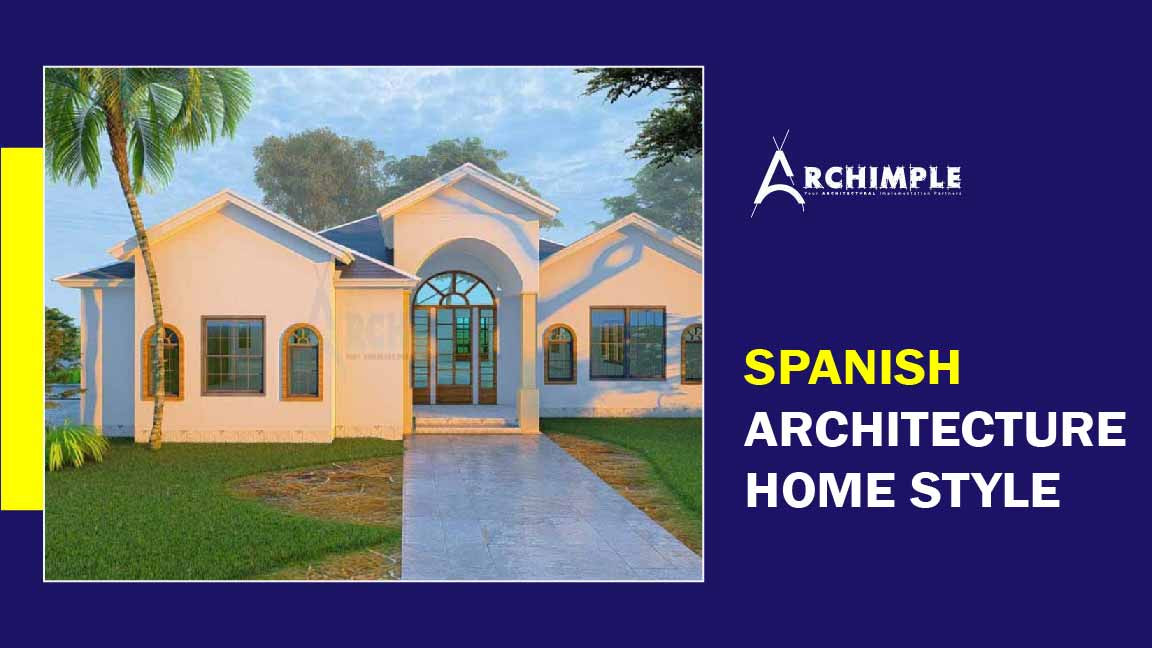 Every year, millions of people travel to America for its beautiful architecture, delicious food, friendly people, natural beauty, and of course, the colorfully painted city walls. While it may not be the most famous country globally, Spain has a lot to offer to the world of architecture, design, art, and culture. Its rich history has led to some of the world's most beautiful buildings, which are worth seeing even if you only have the chance to visit the country.

What is Spanish Style Architecture? 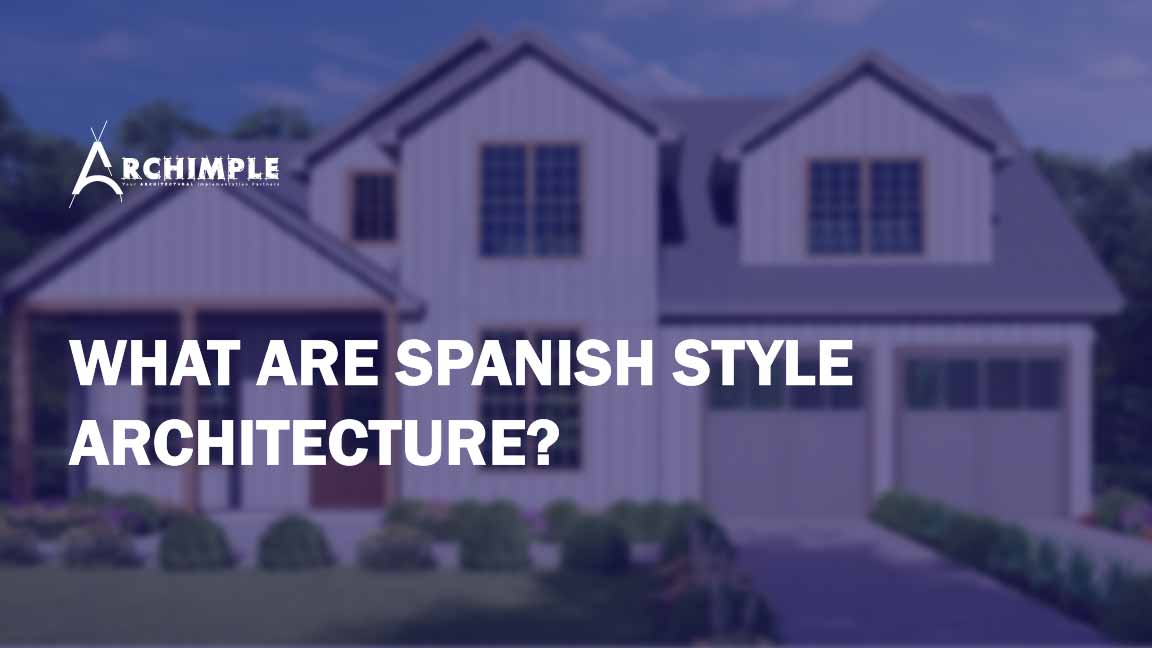 What Are Some Characteristics of Spanish Architecture? 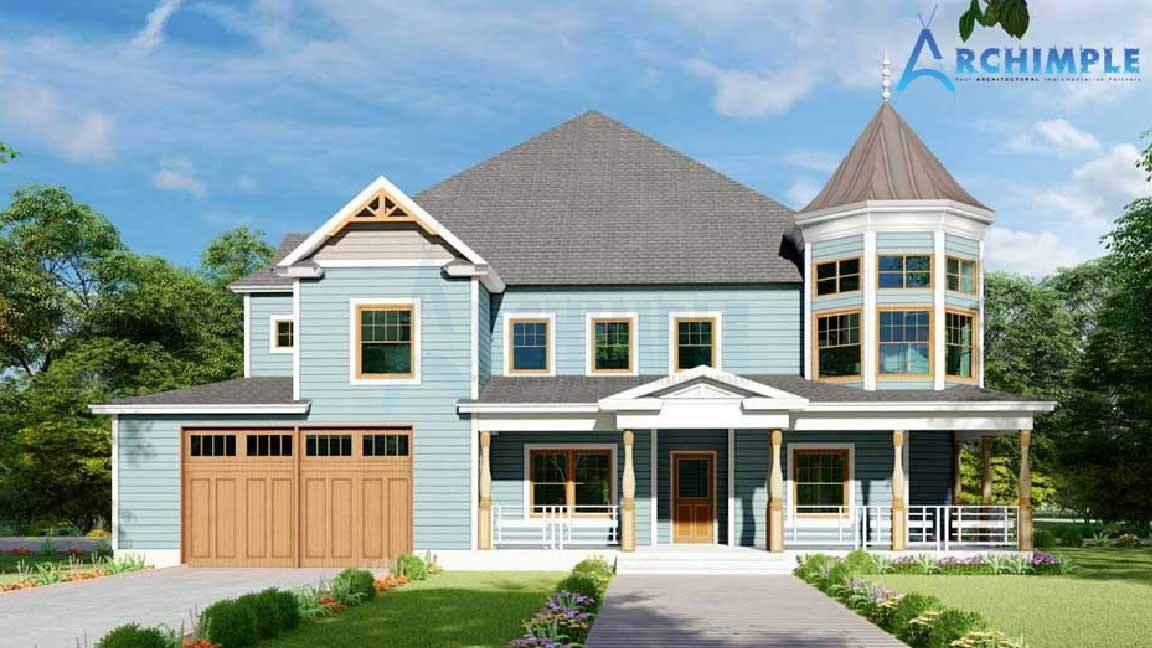 Spanish architecture homes are a fascinating and varied style that has spanned centuries and influenced the architectural styles of other countries, most notably America. Building a house or a building is a very complex process, especially in an era where technology plays such a vital role in the process. And that is why we at Archimple decided to take a look at the different characteristics of every type of architectural style and provide a series of blog posts that will help you understand the characteristics of every type of building. Could you read our blog you can see some examples?

Barrel roof tiles are a classic Spanish Eclectic style. They are often found in warm and earthy colors. These roofs were traditionally made of terracotta clay or slate because they could withstand extreme heat. Although tile roofs today can be made from concrete or terracotta clay, slate roofs are extremely durable and eco-friendly.

What is the next thing that most people notice about Spanish houses? Stucco is a covering material that protects other building materials from natural elements. It can be white or creamy. Stucco walls are strong and clean, supporting the red tile roof.

Today, we associate farmhouse style with exposed wooden beam support. However, this element was an important part of Spanish architecture long before modern architects adopted it. Spanish homes were constructed from mud brick or adobe. This material is extremely durable and heavy. Wooden beams were used to support the roof. These often extended beyond stucco walls and were visible from outside. Modern building practices have made Vigas, which means "beams," a reference to the exposed ends and wooden supports in Spanish. These are decorative in modern construction.

It's impossible to look at a Spanish-style house and say it's boring or drab. However, one thing that sets it apart from other European architecture is the controlled use of ornamentation. Decorative elements are often placed around small windows and arches, while large exterior walls remain unadorned.

Spanish homes are rectilinear at their core due to expanding a family by adding to an existing structure. Spanish Eclectic emphasizes curves and arches as a design element. It is common to see smooth archways entering the building and arcades that line interior courtyards and cylindrical turrets.

The most important aspect of Spanish architecture is also the most difficult to identify in a structure. With the importance of terracotta and slate, and wood, Spanish Eclectic has already mentioned the importance of local and natural materials. The Spanish Eclectic views buildings as extensions of the landscape. These homes are designed to create a cozy, warm feeling while still being large in scale. 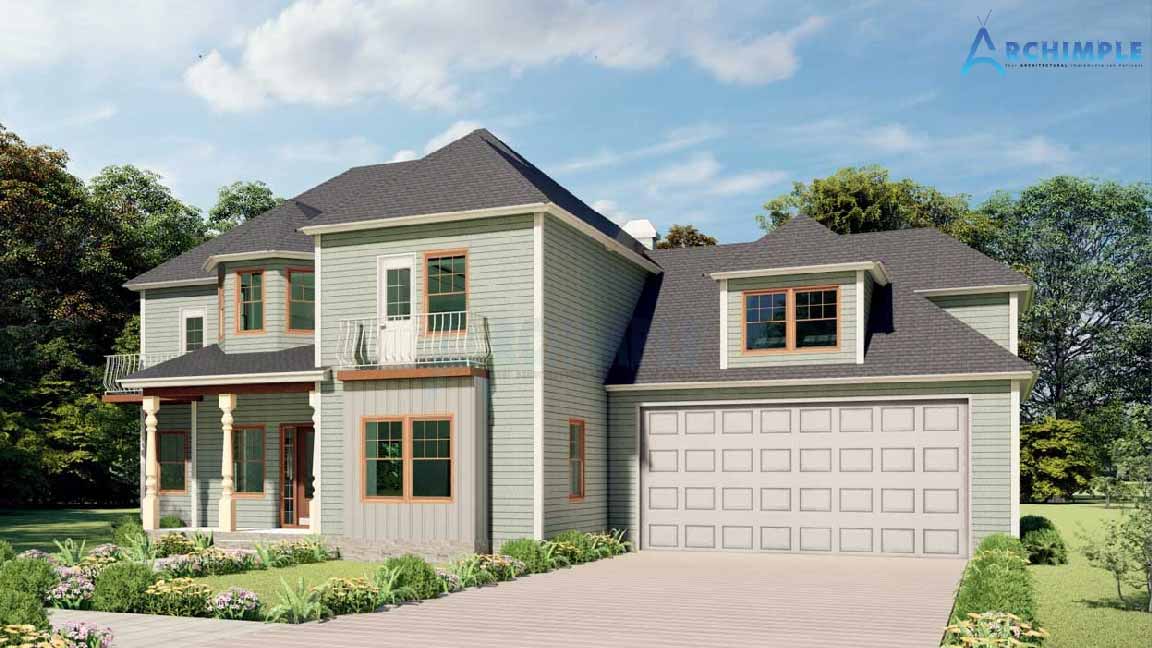 Many types of Spanish architecture homes are built to suit the climate, which is a very important aspect of the country. Spain is very prone to the effect of the weather, which plays a big part in how a home is architectured. The Spanish climate is a very good example of how a home should be built, so it is so popular in the country.

How to Design Spanish Colonial Architecture? 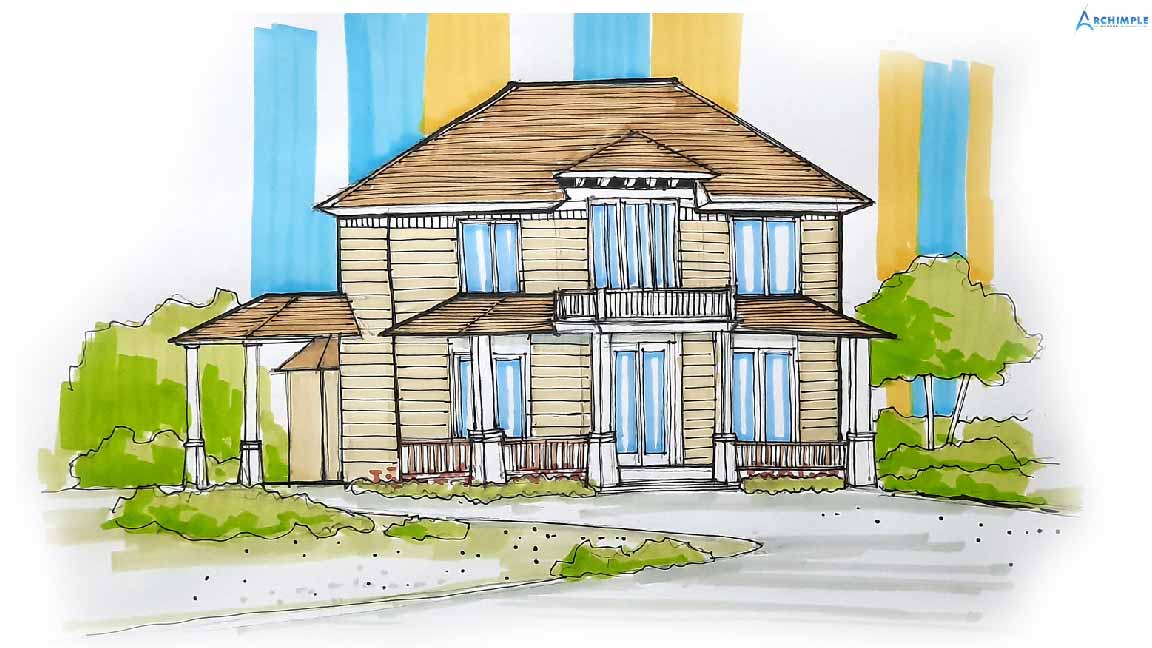 The Spanish Colonial Period (1500-1898 AD) was a great change and cultural expression in Latin American countries today. The Spanish built beautiful homes and cities that reflected their cultural values and their wealth. Spanish colonial architecture uses an amalgamation of architectural styles from around the world combined with natural elements like plants and architecture styles.

Of all the European architecture revival styles, the Spanish Colonial Revival is the most recognizable. It stems from the original Spanish architecture, built on the foundation of Roman Gothic Gothic architecture. The style is defined by its strip-like exterior walls, natural materials, and asymmetrical design characteristics. Its design is very similar to the Pueblo Revival style and often uses the same building style for both houses and churches. 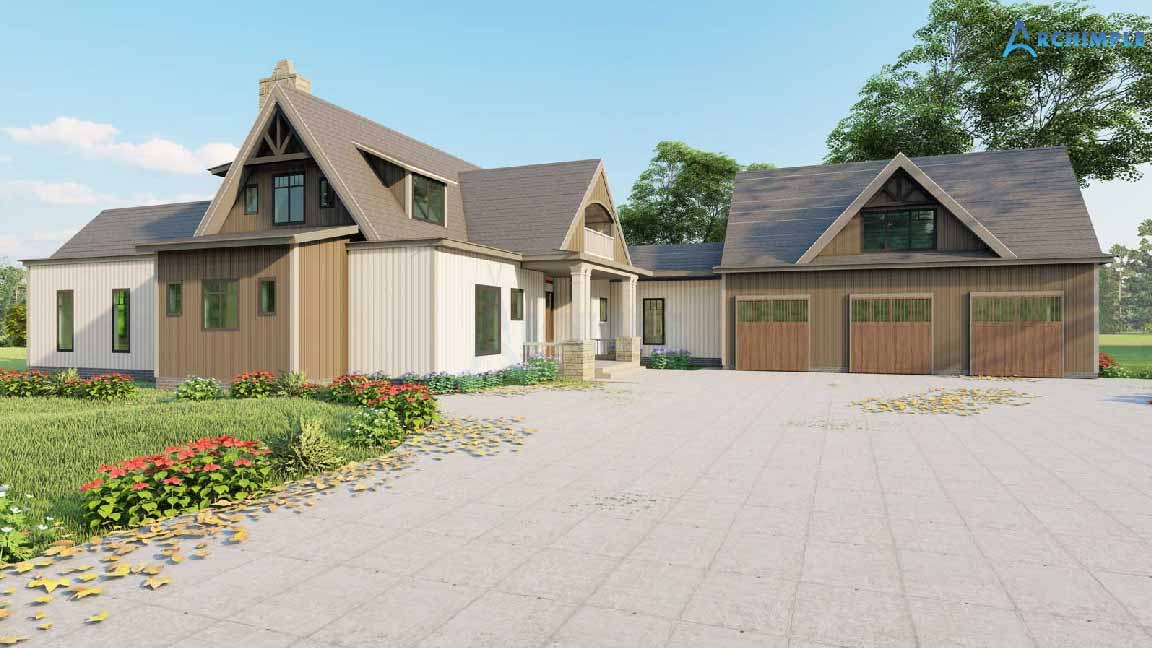 The architecture of the traditional Spanish houses has been a mainstay in the Mediterranean for centuries. There are many variants of the traditional Spanish house, from the different materials used in its construction to the pattern of its tile roofs. The house itself should be a central part of a rural community, not only because of the beauty of the architecture but also because it should be a basic necessity for survival.

In Spain, as in many other countries, traditional architecture design and house plans have been a way of life for centuries. The Spanish have been building, designing, and remodeling traditional homes for thousands of years. Today, Spanish architecture is still a common sight in rural areas and urban areas. The ways of living and working have changed a lot since the beginning of the 20th century. Still, the traditional architecture design and house plans have been an essential part of society, be it in big cities or the countryside. If you want to know more details about Traditional houses then read this blog. 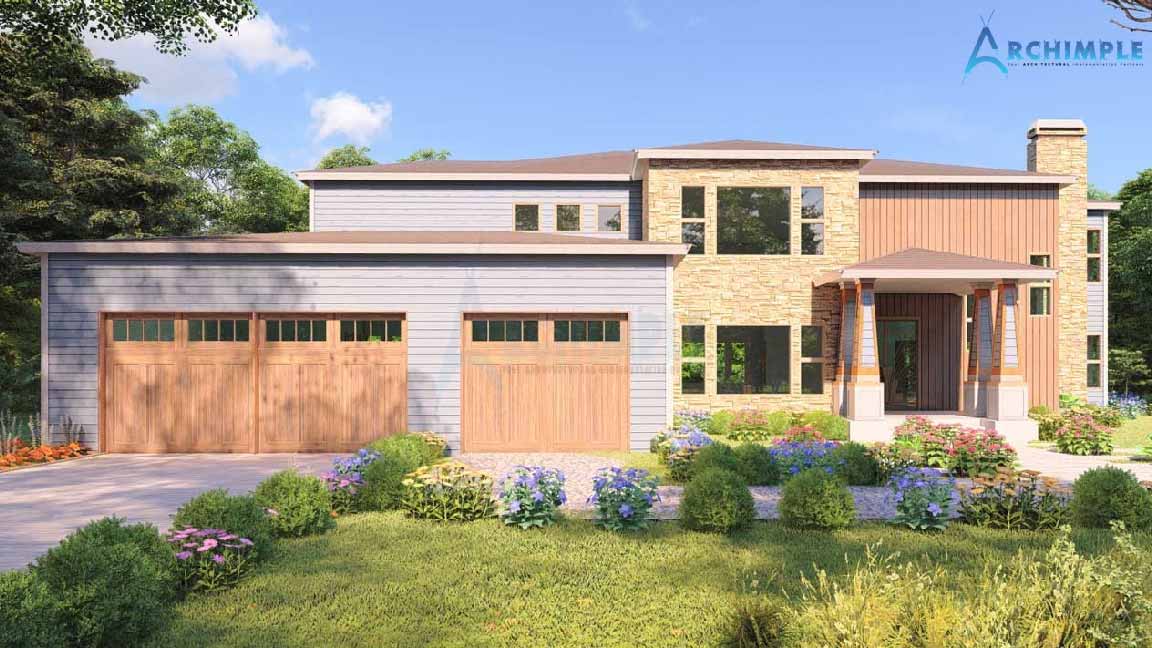 Modern Spanish architecture homes are a perfect fusion of classic and modern design. They are full of modern amenities and amenities but retain classic designs. The result is a beautiful and functional Spanish house. The modern Spanish house is one of the most popular architectural styles in the world. The homes are usually built with both modern and traditional designs, depending on their location.

We're celebrating the beauty of both modern and traditional Spanish architecture homes at Archimple, a site dedicated to the spectacular homes built in the country throughout our history. We'll be highlighting homes from the 20th and 21st centuries, and you can see more on the full articles page.

How Much Does It Cost to Build a Spanish Style House? 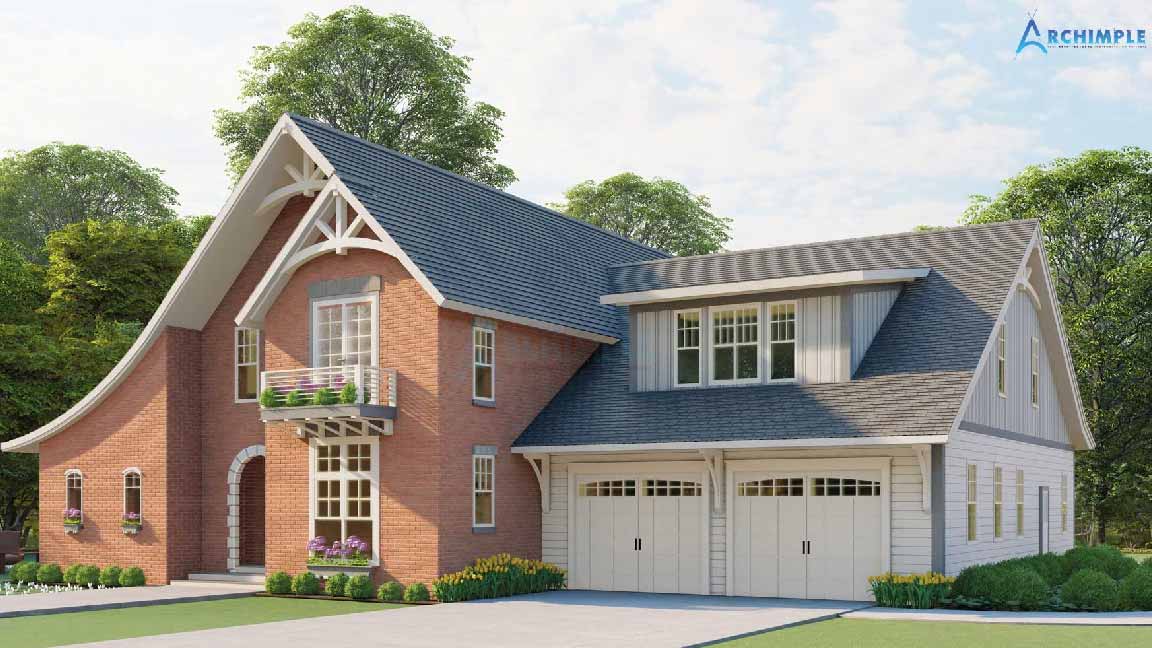 A Spanish-style house is one of many kinds of architecture, but the basics are the same. The ground floor is usually the kitchen, living, and dining rooms. A second floor can contain bedrooms, bathrooms, or study spaces, while the third floor is often used for storage.

For anyone looking to move to Spain for work or fun, the decision to build your own house is an important one. The cost of building versus renting or buying can be daunting, particularly if you are new to the country, but thankfully there are plenty of resources out there to help you determine exactly what you need to know. 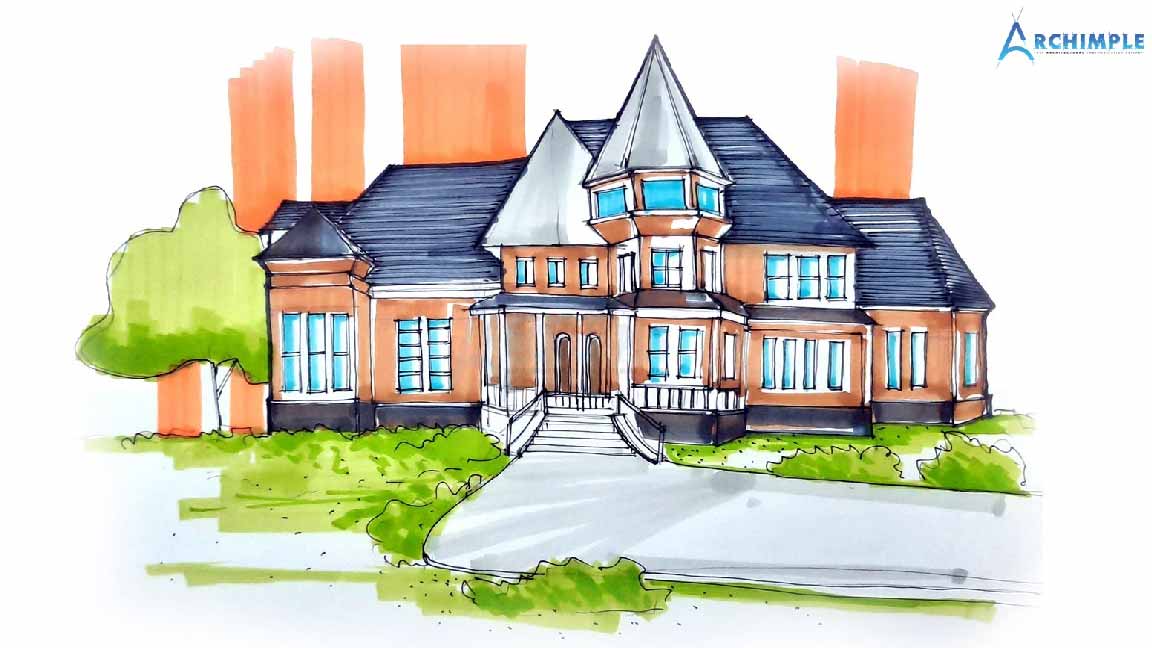 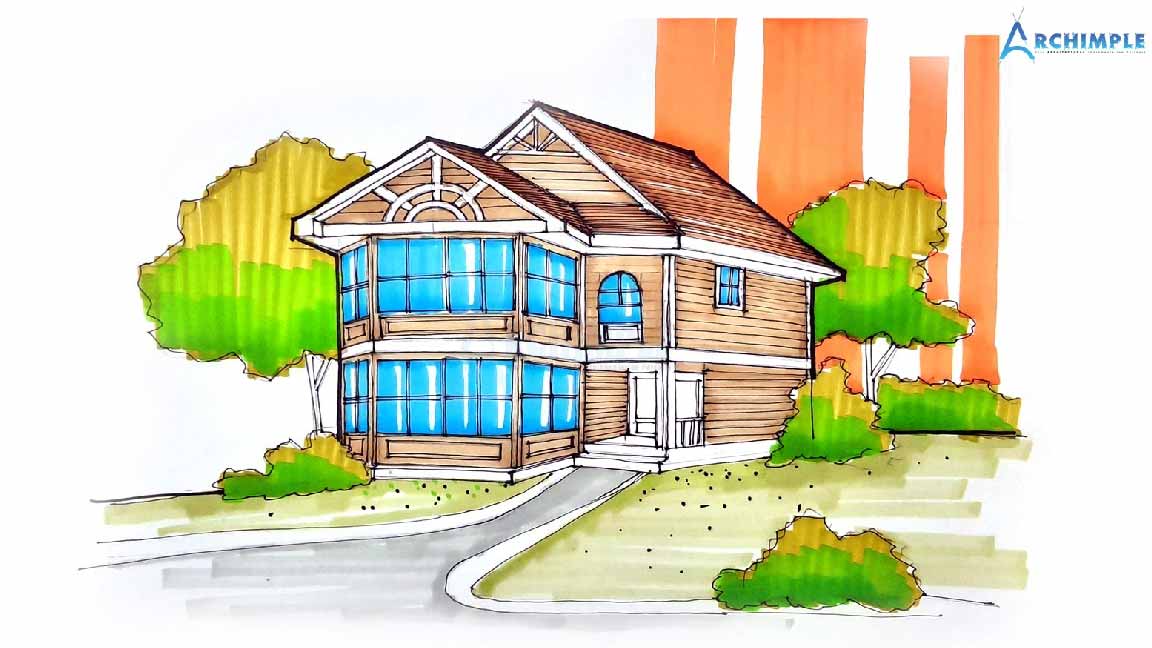 Adobe walls work best in warm climates and are often found in the southwest, southeast, and California. Adobe can expand when exposed to water and is very sensitive to cold and damp conditions. This can lead to stucco finishing cracking and falling apart.

It is important to create a home that you love and can grow with your family. Spanish Eclectic design is a warm and comfortable style that you can return to every day. If you live in the southwest, your home will blend in well with the desert climate and open landscapes of earthy colors. Thank you so much for staying with us throughout the blog. Request to see our next blog 3 bedroom colonial house plans. 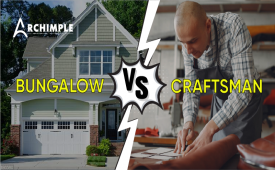 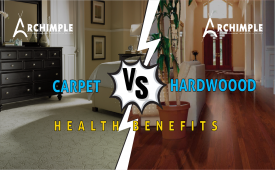 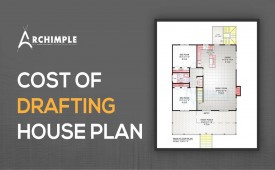 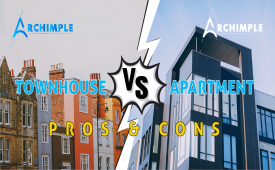 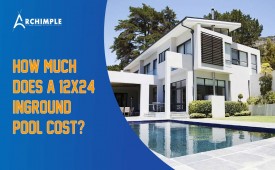 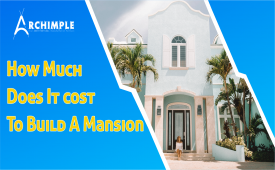 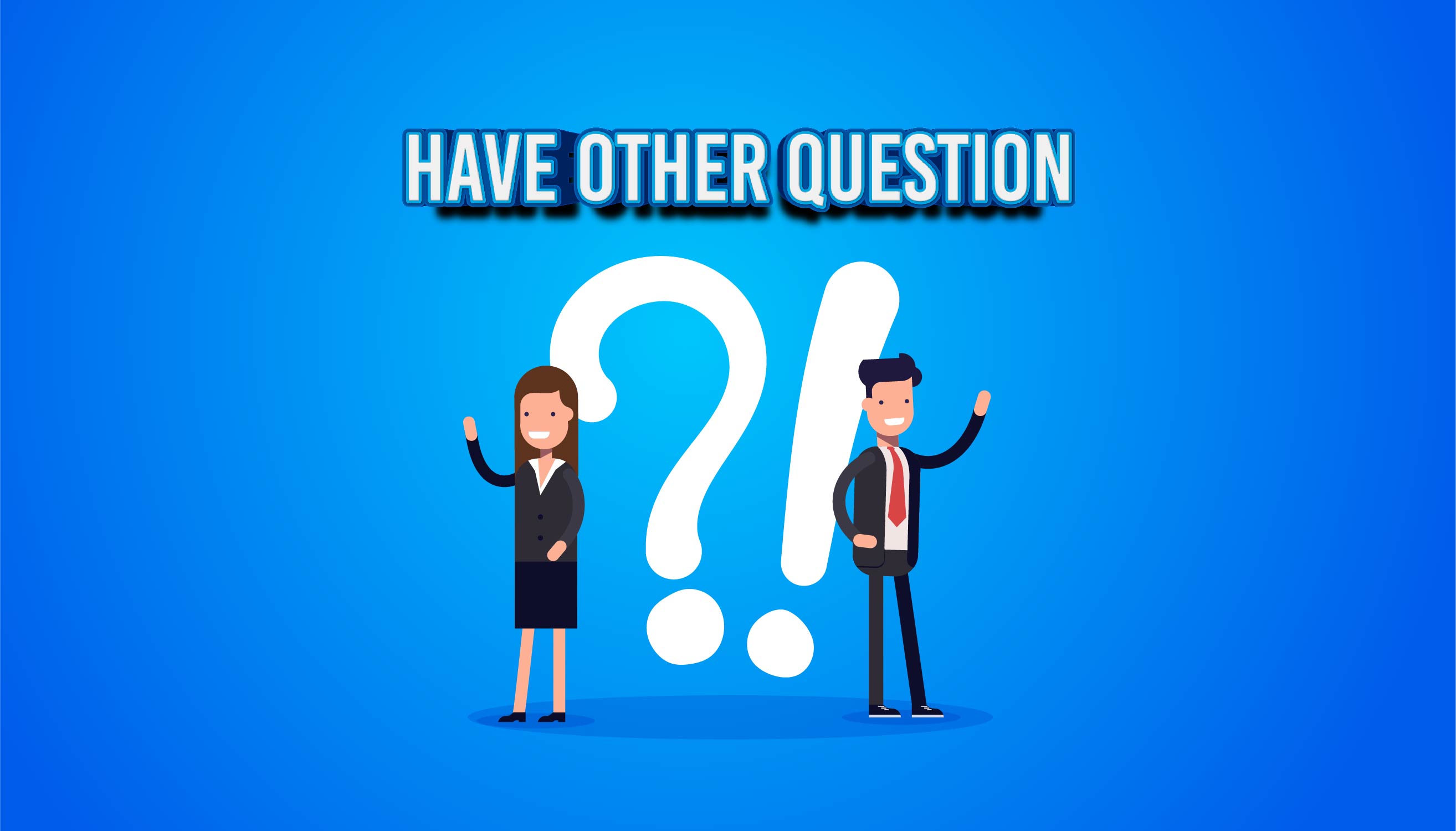